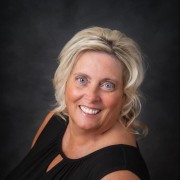 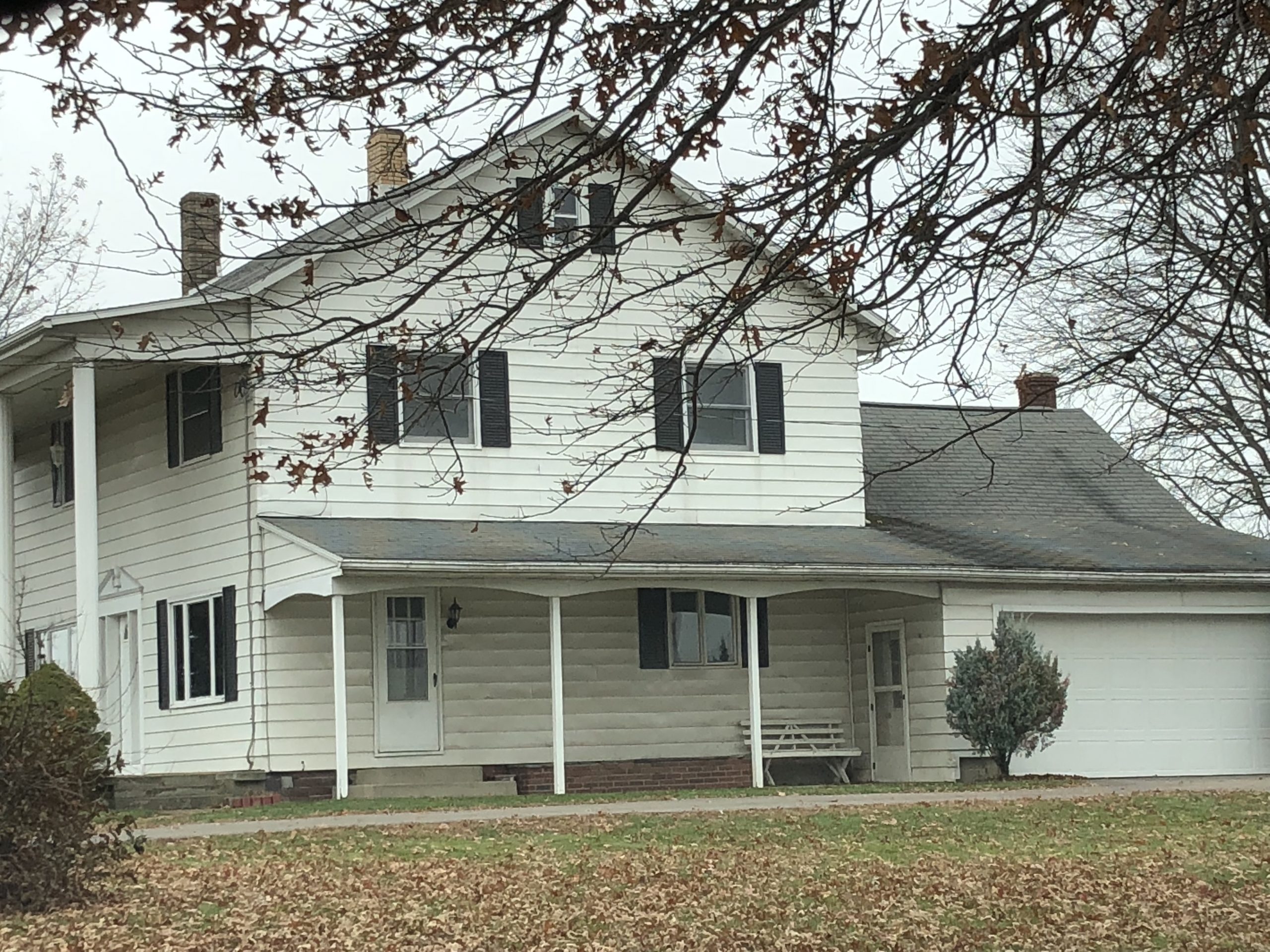 We moved from the big house, which we lived in for 9 years.  It was a sad day when we had to leave.  I’ll try and start from when we moved in.  In September 2009, we found this house on Kansas Rd to rent.

We moved in September 2009, and we fell in love with “The Big House”. We moved in, and settled in.  We rented this house from Doyle Amstutz.  Ray and Doyle became friends.  Actually Doyle became Ray’s mentor.

Ray loved helping Doyle with the farm work, and feeding the cows.  But let me go back to our first night staying in the house.  We were so tired from moving, and we went to bed early that night.  Well about midnight or so, someone started ringing the front door bell, and wouldn’t stop.  So I went to answer the door and their were two Amish boys wanted to know if they could shoot pigeon’s in the barn.  I told them no, and I could smell the alcohol on their breath. 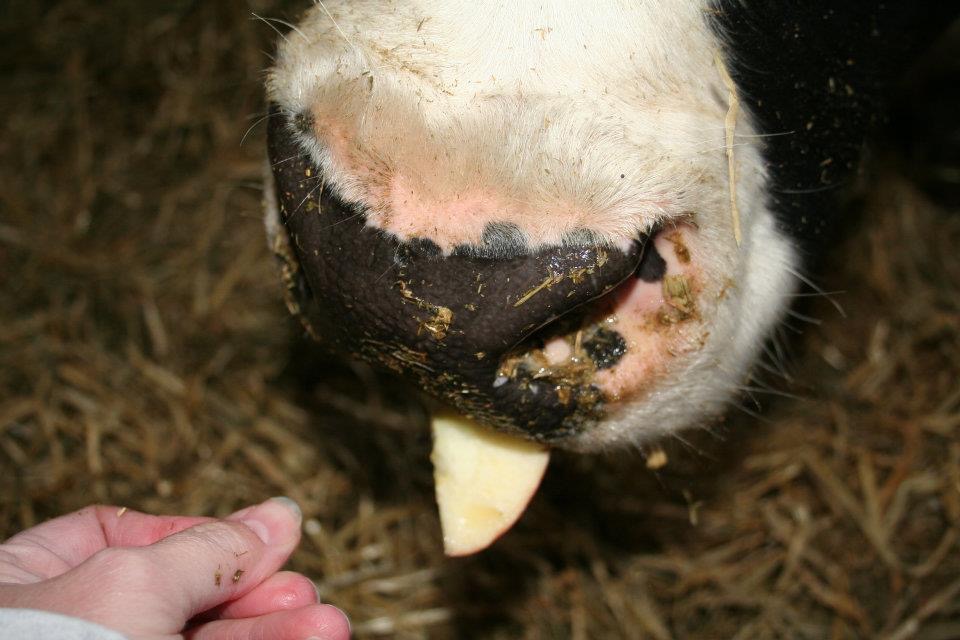 One thing that Ray loved to do was feed the cows.  I would go down with him, and I would slice up apples and feed them to the cows, they loved eating apples.  I thought it was fun to feed them.  This was Mabel my favorite cow.  She would let us pet her, She would follow us around when we would get in the pen to check the water. 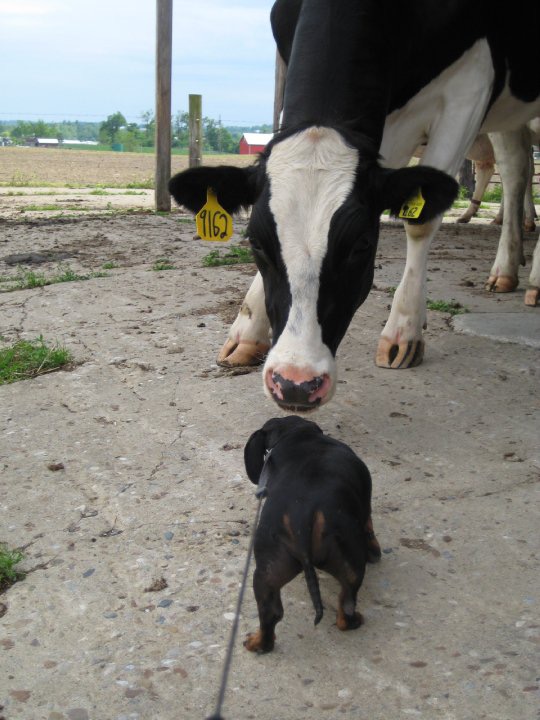 My little Doxie Maggie was so interested in the cows, so I decided to let her meet them.  I loved this picture of them.  It reminds me of how little our dog was, and how big the cow was. 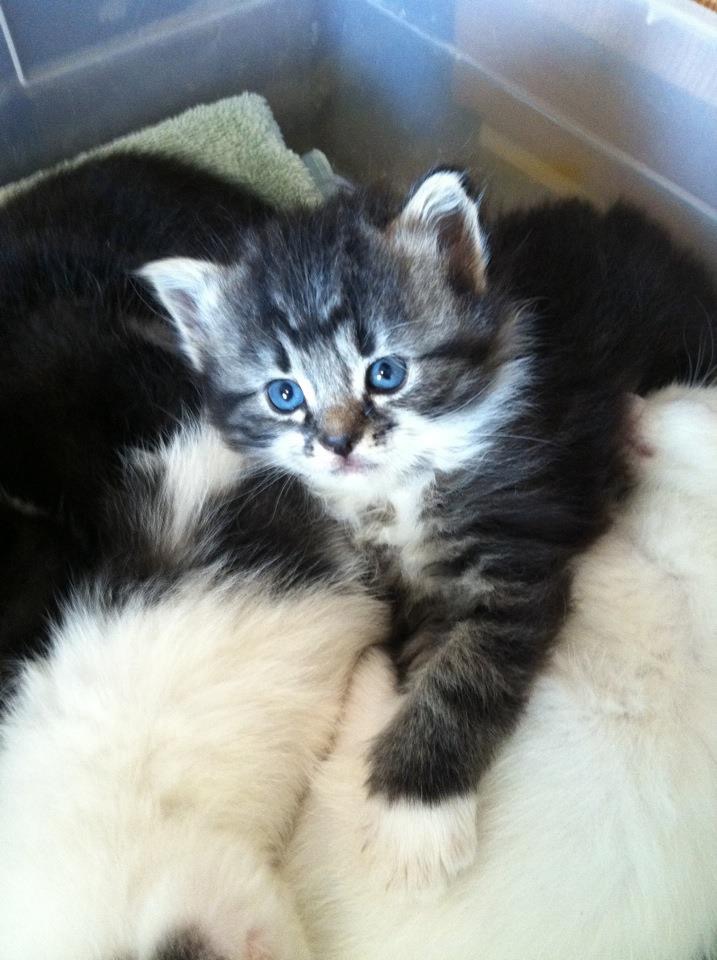 Iggy the kitten.  This kitten was born to our mommy Cat.  I know the mommy cat was such an original name.  But this little kitty stole our hearts.  She was such a good kitty.  As she grew up, Doyle would be be sitting down in the shop, and Iggy would go down there and climb up on his lap.  Doyle didn’t like cats, but for some reason he liked Iggy.  As Iggy grew up, sometimes she would stay at home, and then she would disappear for a couple of weeks. 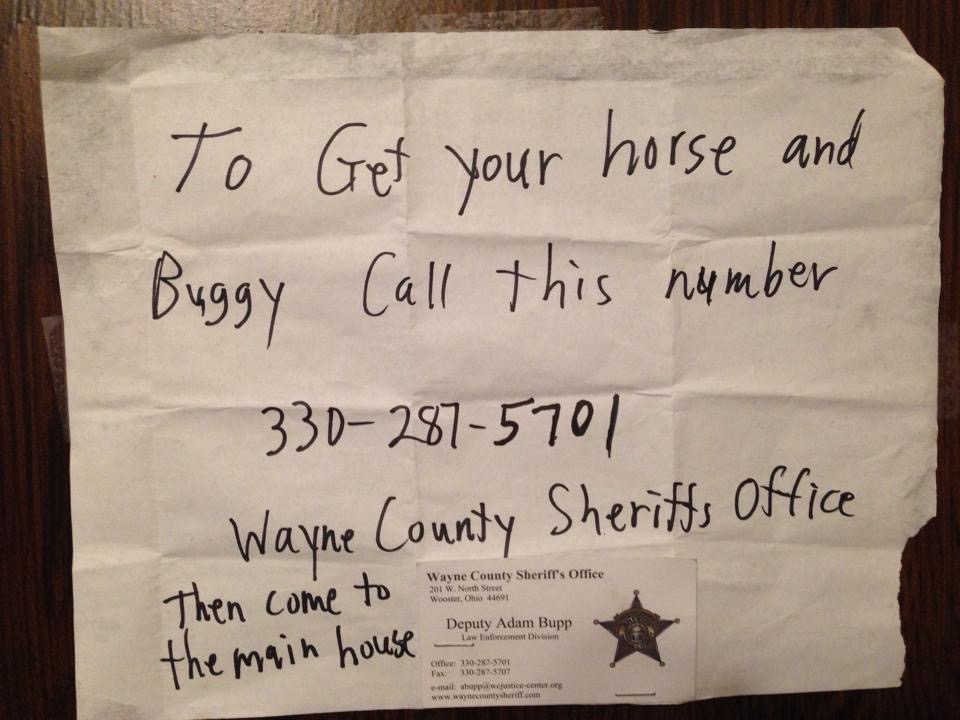 So on a Sunday night, we woke up to flashing lights, and to a barking dog.  So we went outside to talk the The Sheriff’s Department.  They had been chasing a buggy that was headed West on Emerson Rd.  Well the buggy came across the field, and down the cow lane, They did unhitch their horse from the buggy, and ran on foot.  Inside that buggy was broken beer bottles, and a big boom box.

Well the Buggy and Horse were left behind.  The deputy gave us his card in case the owners came back.  So Ray and I just kind of looked at each other, like what do we do now.  So we put the horse in the barn.

On Monday, Ray stayed home to keep watch out to see if someone would come back for it.  Ray did go to our neighbor who is an Amish Bishop, and they gave us some feed for the horse, we had hay at home for it.  The horse ate like it hadn’t had food in a while.  We gave it fresh water to drink.

As we sat down to eat supper, here came a buggy up the lane with 3 young men, wanting their buggy back.  Well we called for the Sheriff to come out, and talk with these boys.  The boys told them that one of their friends had the buggy.  Yea right!  A report was taken, and one of the boys got in trouble later on. 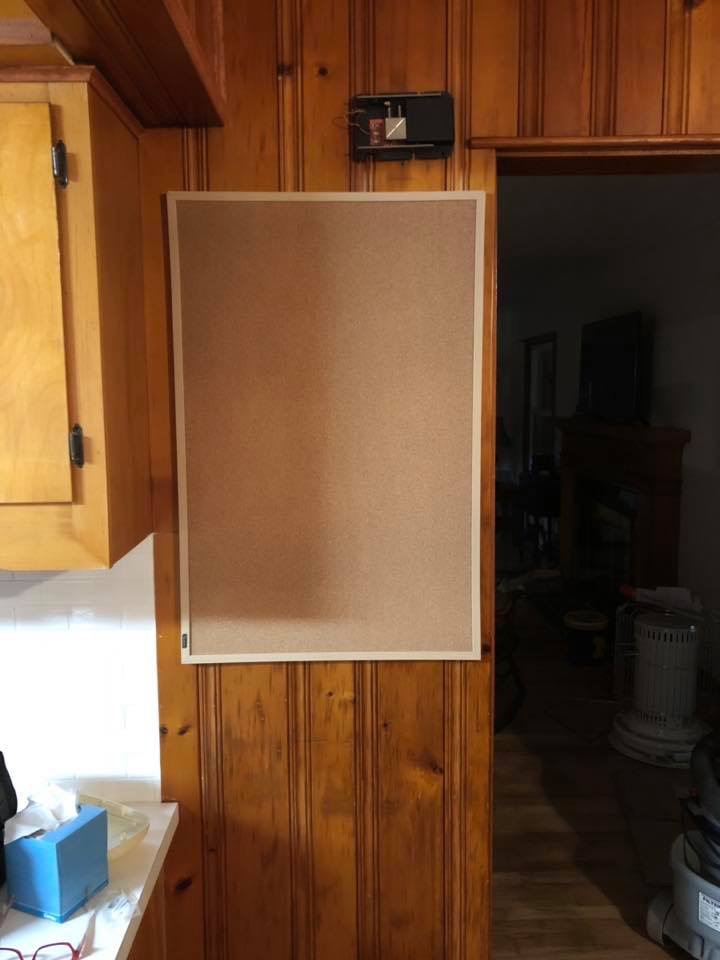 We had a cork board when we lived in Kidron.  We had so many memories on that board.  I knew when we moved, That I needed to have a cork board at the new house.  I wanted to bring a tradition from Kidron with me.  So I looked on Amazon, and found one.  I was so excited to start our new memory board. 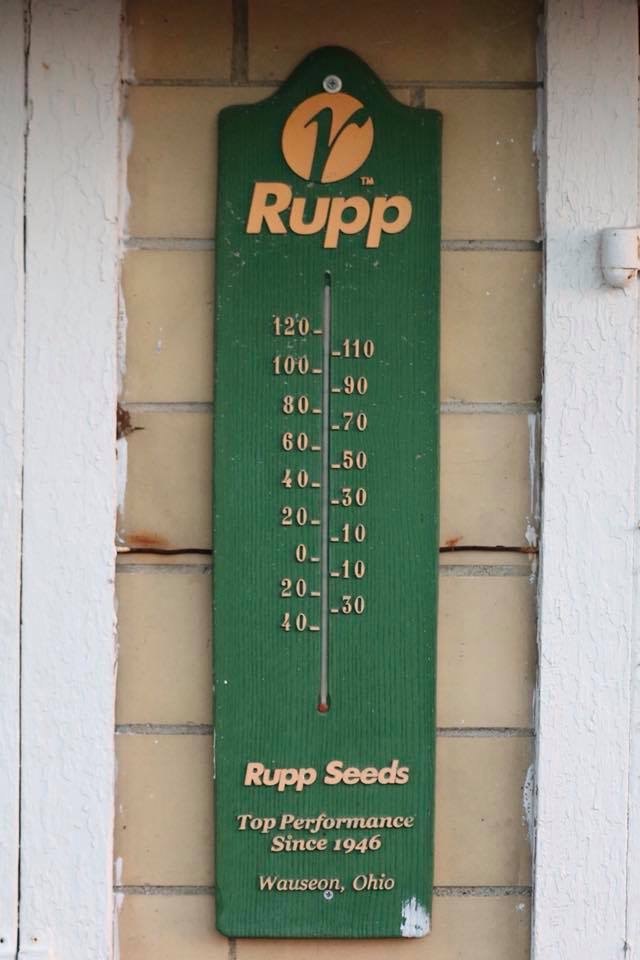 This sign hung in Kidron on the barn.  This sign has a story.  Unfortunately I don’t know the whole story of this sign.  Doyle had received this sign, and when we moved we were allowed to take it with us.  Now I have a funny story to tell about Ray & Doyle.  Their was a skunk in the lower barn, and Doyle asked Ray if he would shoot it.  So Ray came to the house and got a gun.  Well neither Ray or Doyle thought this whole thing through.  Well, Ray shot the Skunk, and it let go of its stink smell!  Well Ray & Doyle didn’t get sprayed directly, but the ended up with the smell on them.  Did I tell. You this happened on a Saturday night?  Well it did.  Sunday your could smell just a hint of the smell on Ray & Doyle at church! 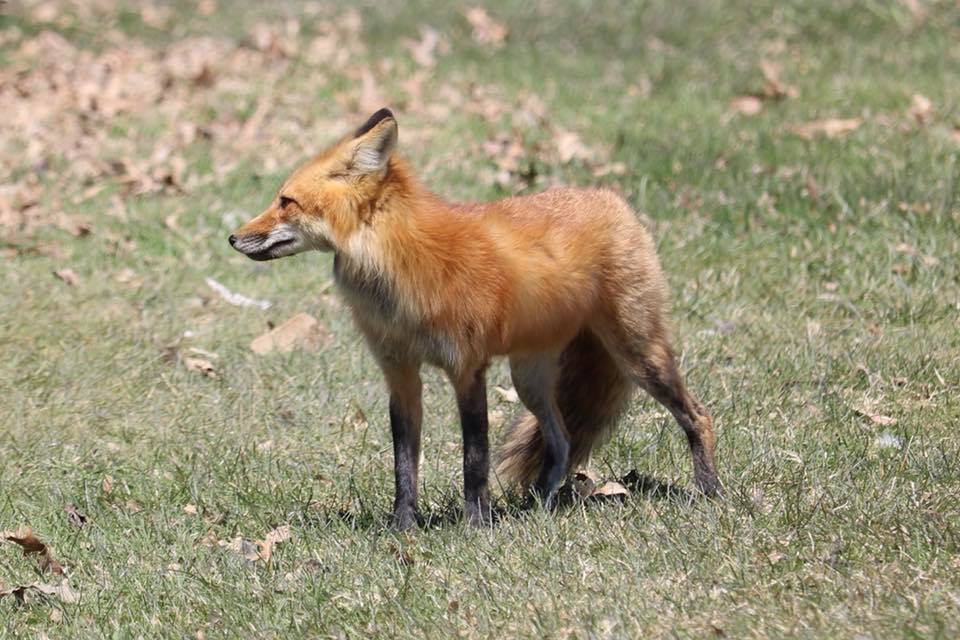 We had a fox that moved in under the building.  She had 4 little babies.  We enjoyed watching her, and watching her babies grow.  The momma started coming up to the house and eat the cat food.  Their were many times that we had Racoons, Opossum’s, and ground hogs helping them self to our cat food.  We tried to get the extra animals to move one.  That didn’t always happen.  Sometimes I think the other animals found the food before our cats did. 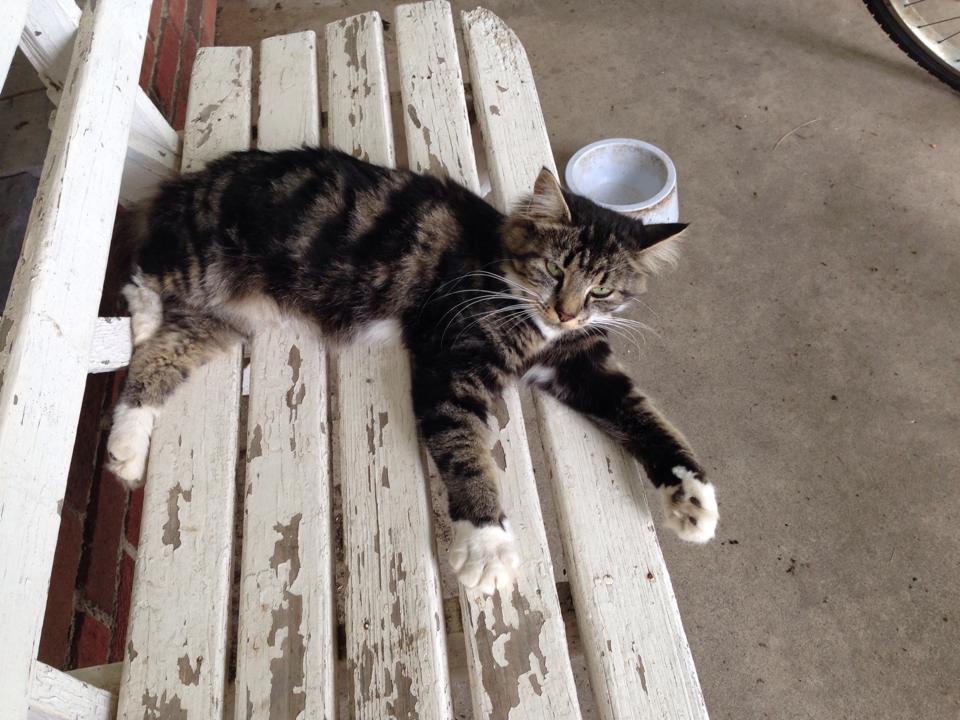 Our cats became lazy.  Our first month or so that we lived in the big house, we caught 27 mice.  At first our cats would eat them, but when we were feeding them a lot of food, they didn’t want the mice.  But they loved bringing moles up to the house and leaving them on the front step. 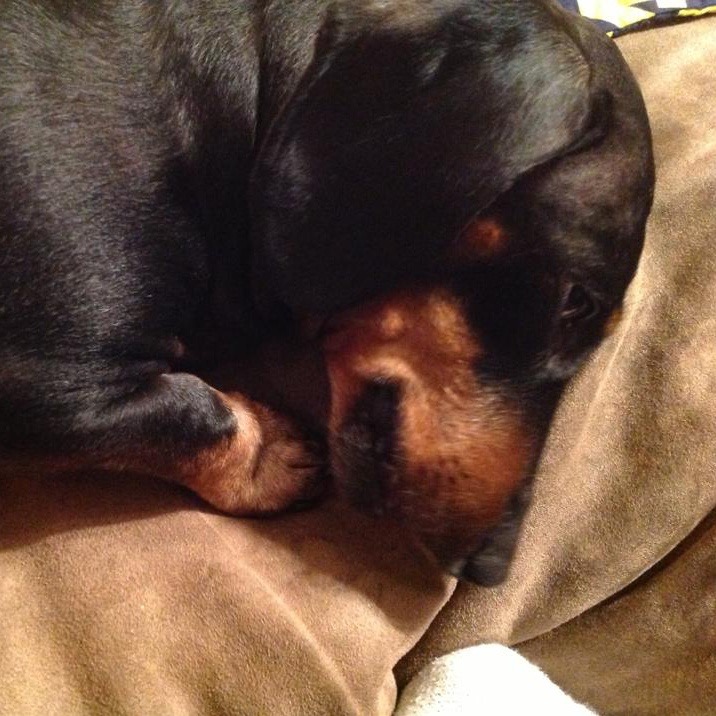 We got Maggie when she was 8 weeks old.  I can remember bringing her home, she fit in my hand.  We got Maggie in the spring of 2002.  She passed away in March 2013.  She was my little bed hog, snuggle bug on cold nights.  She loved to get up on my lap at night, and get under my cover that I would have on.  She let me know when someone would come to the house.  I still miss her frito smelling feet. 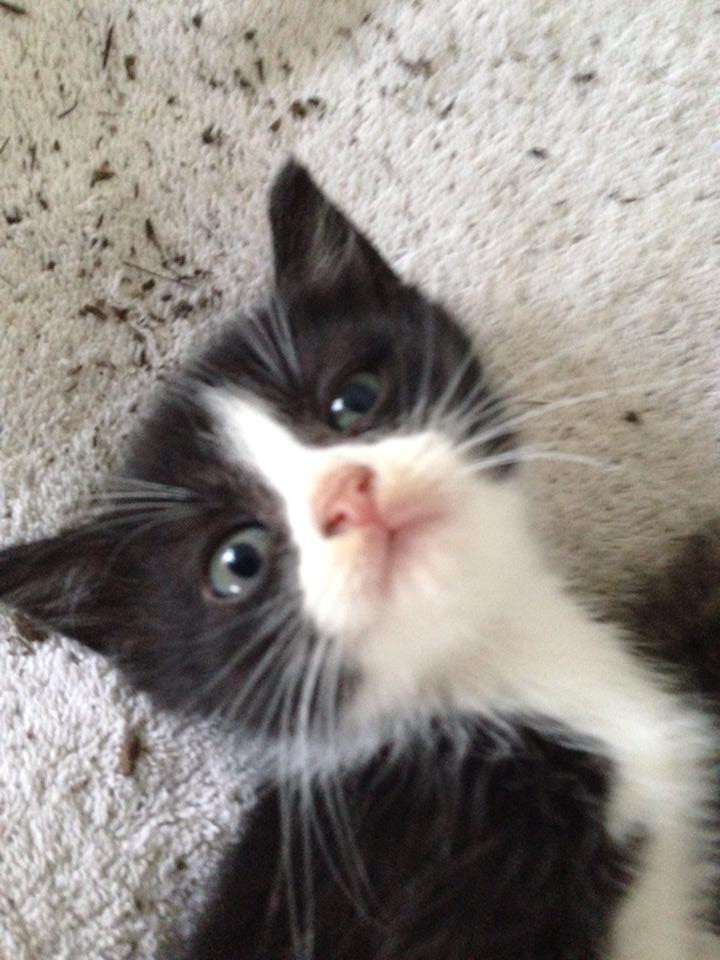 But we moved into our own home.  And we are making memories here.  The Rupp sign that you saw that was posted earlier we hung it at our new place, to remember the big house in Kidron.  To remember all of the memories of Doyle.  It brings us comfort to seeing it hanging up. 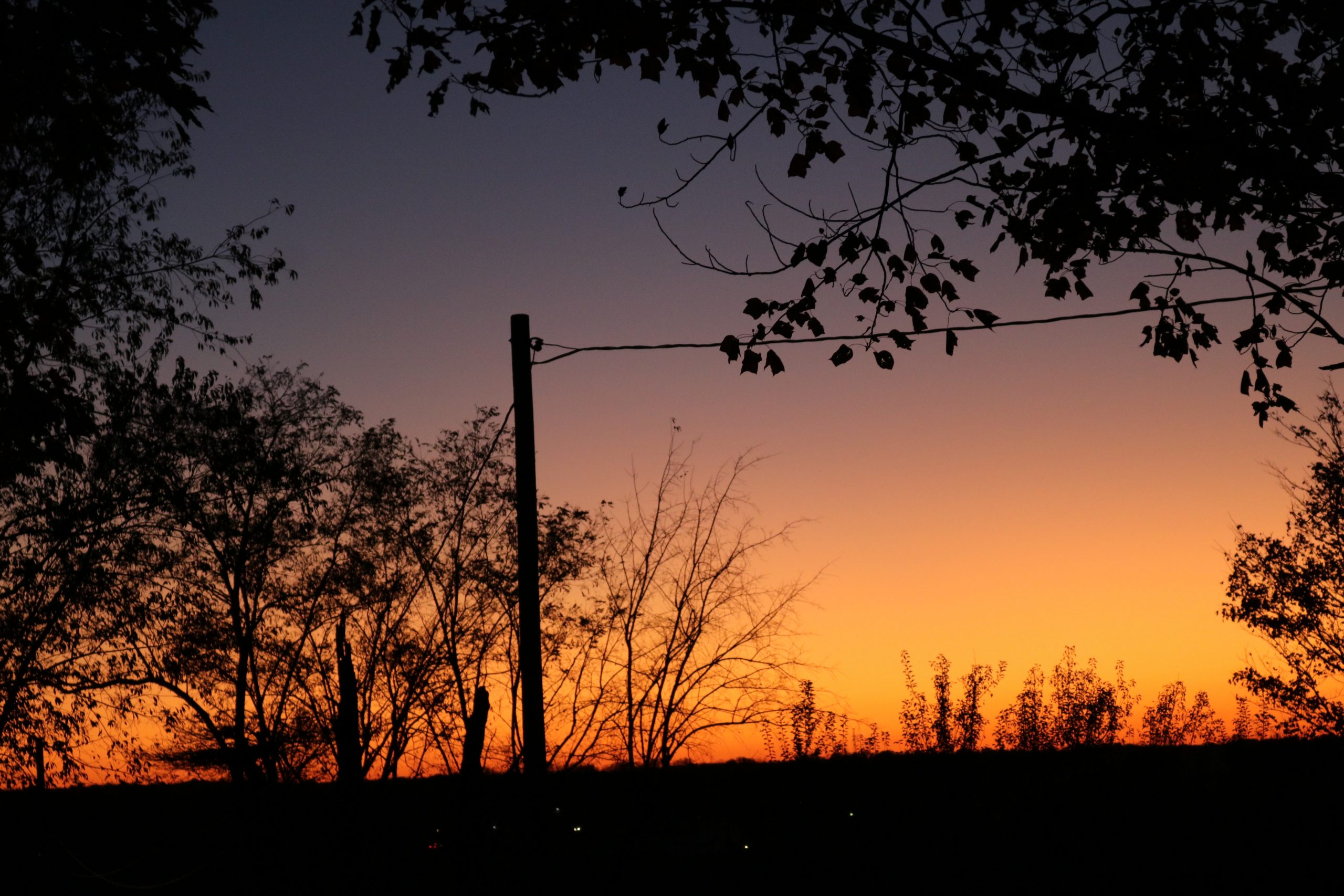 We have learned that life goes on, and you will always make more memories Wherever you are.  So thanks for hanging in on this long post.  I just touched on a few memories from “The Big House” Kidron.  To now making memories on “The Farm in Creston”